Recent News    /    Where does an Aerial Firefighter Come From?

Where does an Aerial Firefighter Come From? 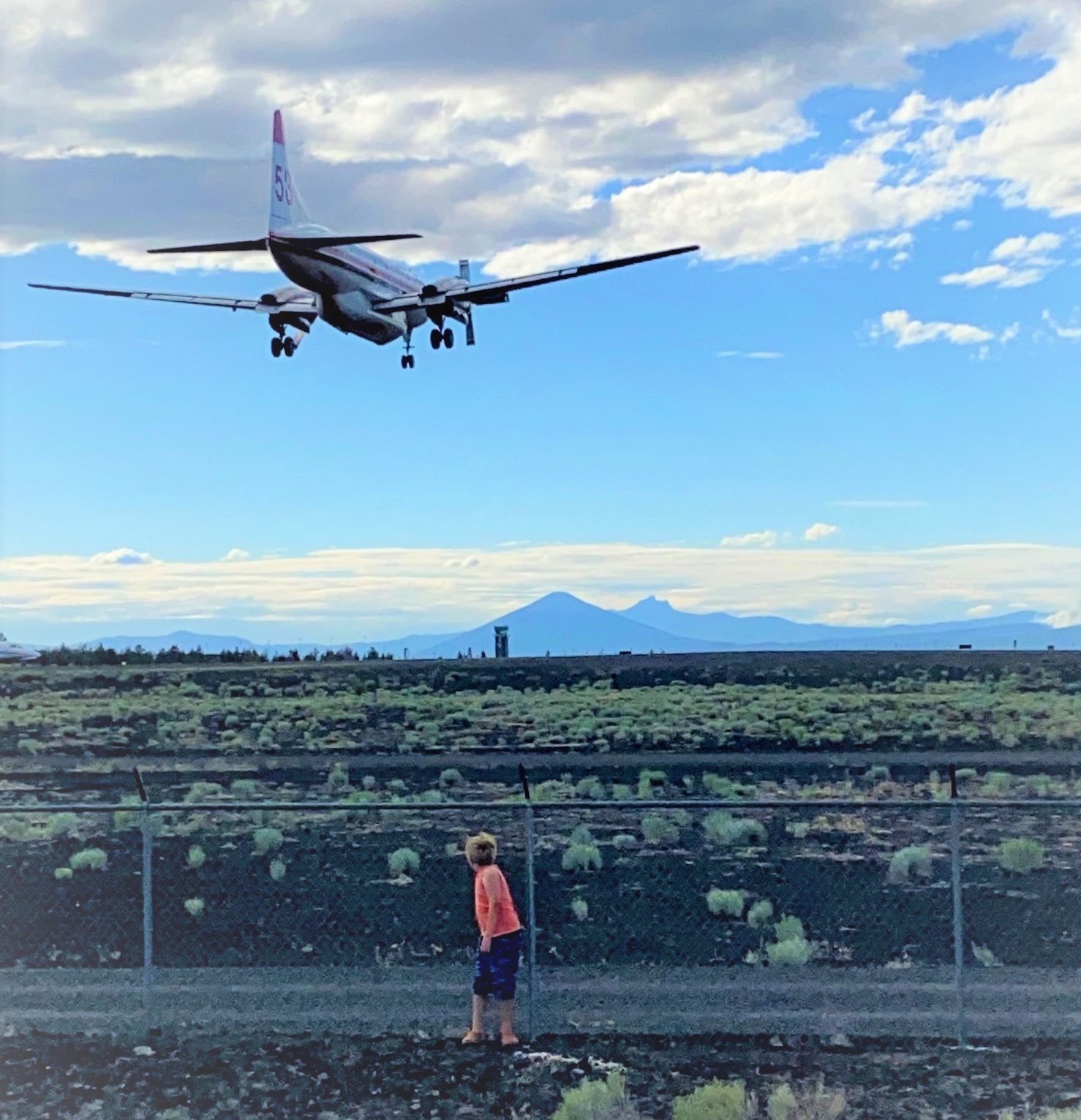 September 2020 – One answer can be found in the photograph, submitted by Amanda of Redmond, Oregon, taken when she and her two young sons were watching our three Conair Convair CV580s mission out to nearby wildfires.

The goosebump-inducing sound of its large, metal props as the airtanker’s impressive shadow flies overhead is enough to capture the attention of most young kids.

Combine that with the threat of a raging fire that licks at friends’ houses, burns your favorite campsite or chokes the sky with smoke, and imaginations run into overdrive, raising the pilots who fly these beasts into the status of super hero.

A fascination is sparked and while the path to becoming an Aerial Firefighter is a long one, it is fueled by a passion that only grows over time.

The three aircraft, piloted by Captains Adams, Smith, and Fair, have been on loan from the Alaska Division of Forestry over the past couple of weeks to assist with the increased fire activity in the lower 48. All our pilots experts in their profession, however one stands out for his impressive 35 year career with Conair.

Don Fair joined Conair in 1985 after spending 17 years in the air as a CF-5 and F-5 Instructor Pilot; Logging Company Bush Pilot; DC-8 Second Officer; TBM Spray Pilot; Boeing 737 Pilot; Sea King Helicopter Crew Commander; and S-61 Pilot, working around the globe on deployments. At Conair he served as Captain of our DC-6 aircraft before leading crews as Captain of our Convair CV580s.

Over the course of his career Captain Fair’s passion for flying has never waned. He is an exemplary role-model, selecting a profession that serves to protect communities, resources and the environment. He is a hero not only to the children that watch from the fence, but to those who have benefited from his skill and those who have had the privilege of flying alongside him.