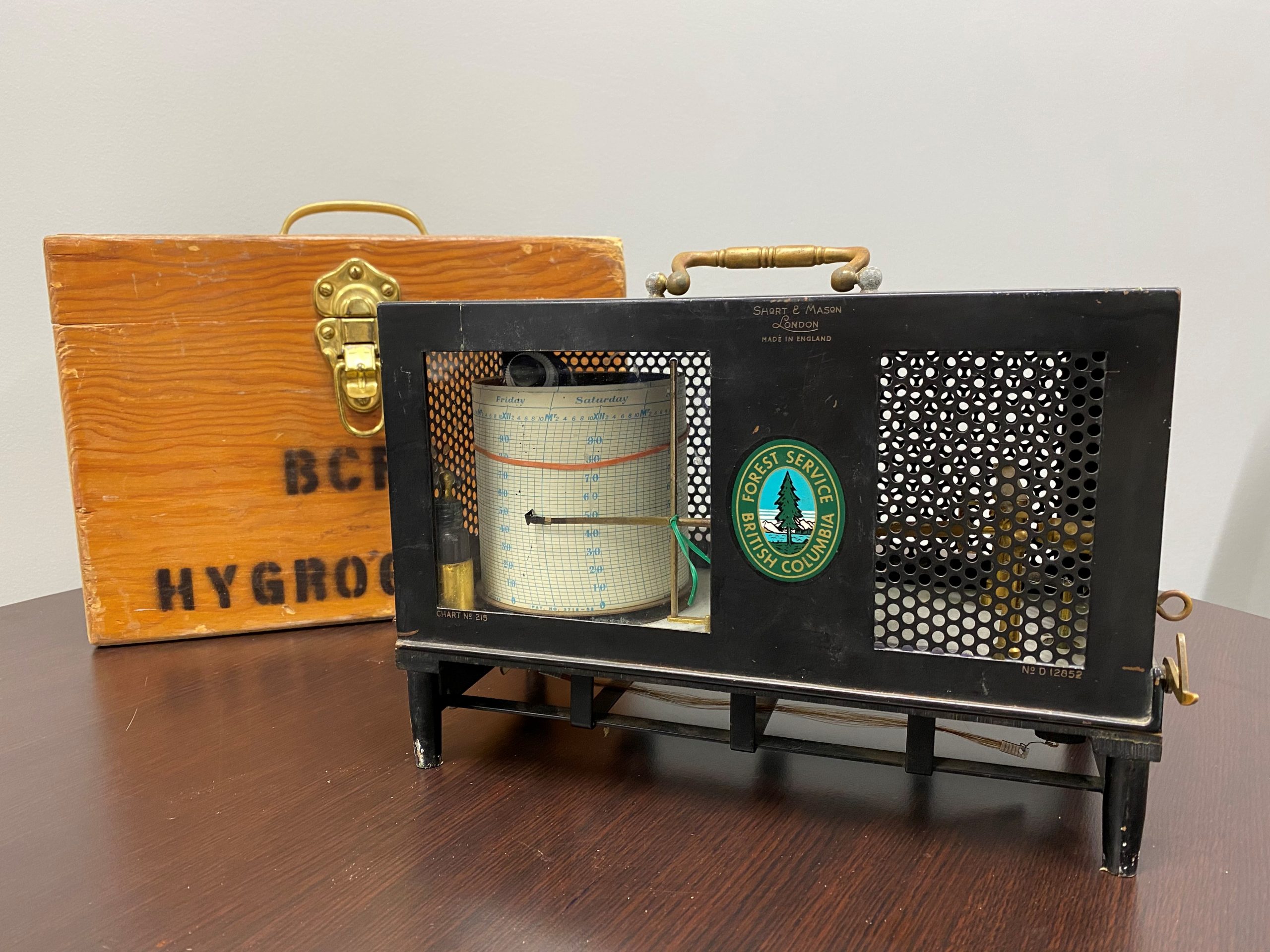 Leigh Barratt donated his hygrograph, a BC Forest Service (BCFS) artifact, to the Conair Museum in the Tactics and Training Centre in Hangar 2, upon his retirement from Conair at the end of April. Leigh had worked in the BC Forest Service for four decades as an Assistant Ranger, Reforestation Coordinator, and an Air Attack Officer before joining Conair in 2015 as Safety Management Consultant.

The tool was used primarily in the 1950s and 60s by those stationed in Forestry lookouts to measure relative humidity which is used in calculating the potential for fire starts, volatility and rates of spread. High humidity meant less chance of sustained ignition; low humidity, a greater chance of fire taking hold and spreading more rapidly, depending on fuel type.