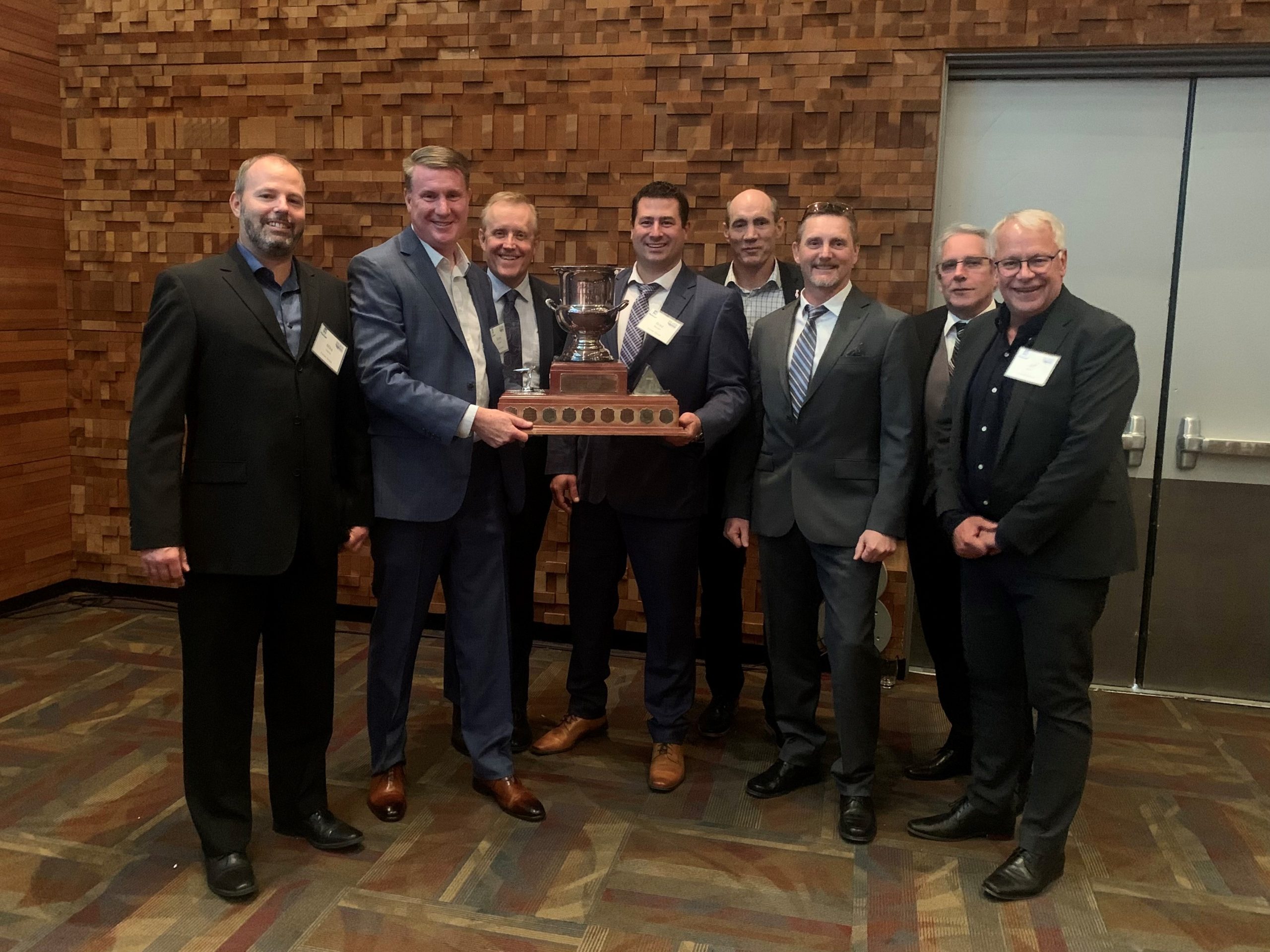 Conair, operating the largest, privately-owned fixed wing fleet of firefighting aircraft in the world, was presented the Back and Bevington Air Safety Trophy by the British Columbia Aviation Council (BCAC) last week at the annual Silver Wings celebration. The award acknowledges the organization who has made the most significant impact on air safety in the province.

Conair was selected for their commitment to safe operations, continually striving to improve outcomes and service while offering greater value to government agencies around the world.

“Our team of engineers have spent the last decade designing and certifying a specialized flight envelope advisory system which provides a wide range of mission flight information into our pilots’ field of view including angle of attack detail, slow-speed awareness, and instantaneous G-Loading. This critical information enables the crew to stay in the safe zone, minimizing exposure of the aircraft to high-risk excursions outside of the flight envelope,” shares Matt Bradley, CEO of Conair. “In addition, our Training + Tactics Centre recently enhanced its Mission Training System, the only platform in the world of its kind where aerial firefighting pilots can train alongside government agency wildfire management officers in multiple flight training devices, practicing over the same simulated fire with dynamic fire graphics, mimicking the complex airspace you find in the real world. Everyone learns by doing and the repetitive practice in a controlled setting creates pilots who are better prepared for the missions.”

“Our pilots, managers and aircraft mechanics are to be commended for having the courage and discipline, day in and day out, to say no to a mission that is too dangerous to fly, and to having the humility to be able to admit a mistake or challenge their peers.” says Matt “They are the heroes behind Conair’s safety success.”