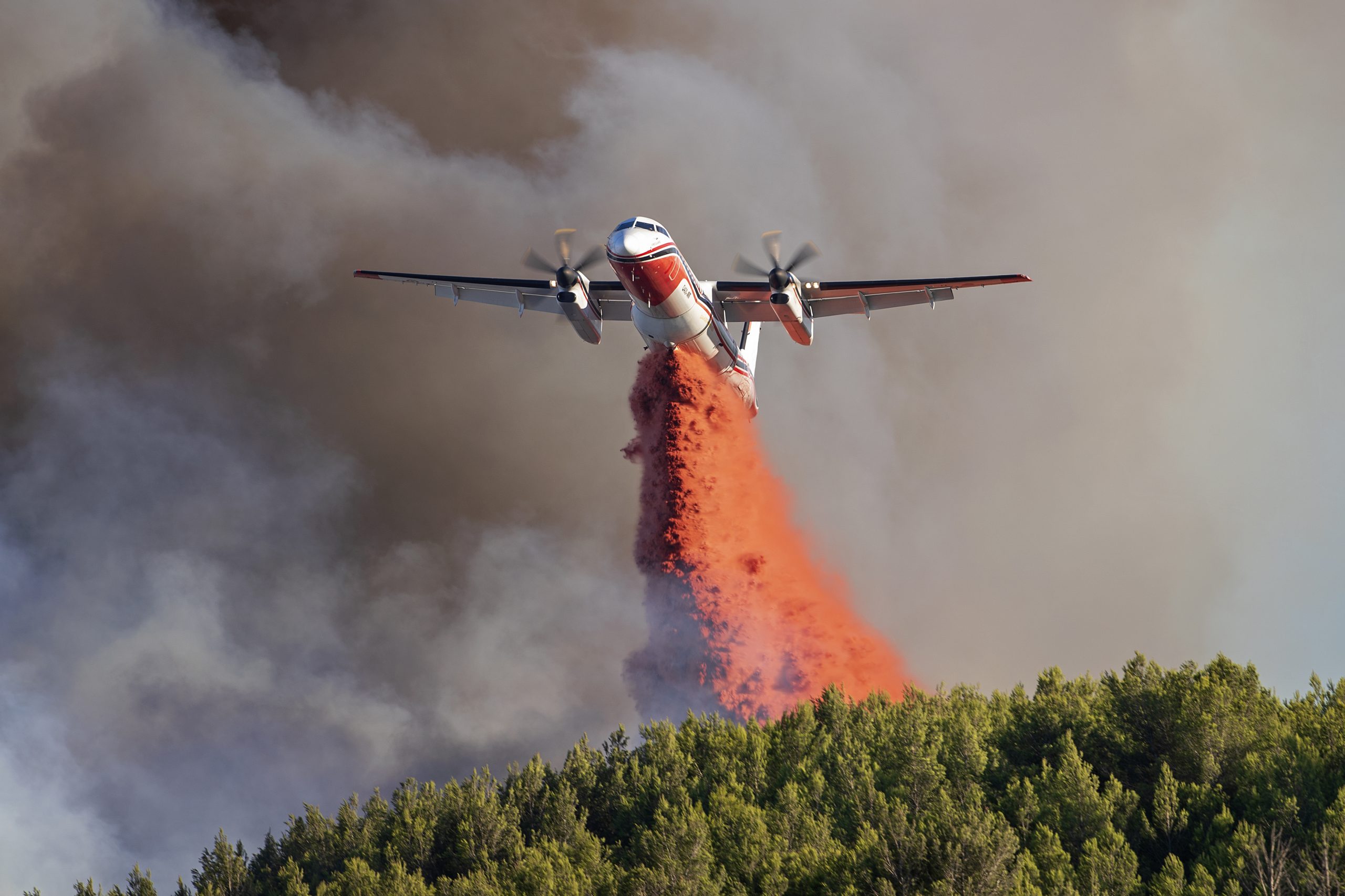 Aerial assets play a key role in the battle to keep forest and bush blazes at bay. From modified airframes to purpose-built aircraft, we look at what the latest specialist platforms are capable of. Conair answers the question of “How wildfire warriors are adapting to meeting firefighting challenge” in the latest issue of Flight Global.

Jeff Berry, Director, Business Development, says the Dash 8-400MRE is capable of responding to emergency missions in a variety of configurations. It can transfer emergency personnel or evacuate citizens in the passenger configuration; ship humanitarian or disaster supplies in cargo guise; transfer critically ill patients or provide mobile medical services in the medevac configuration – and also respond to wildfires.

“Air tankers are typically made from older model military or commercial aircraft, which were not designed for the intense environment experienced by aerial firefighting missions. An air tanker’s mission means there is a greater likelihood of widespread fatigue damage, grounding the aircraft, or worse,” Berry says.

“The cost to maintain and repair older aircraft increases exponentially over time,” he notes. “Replacing air tankers with modern next generation models is necessary. But new aircraft are capital-intensive and they require months to years to complete from point of order to point of delivery. Replacing or building larger fleets requires a concrete commitment and long-term plan.”

“The Dash 8-400 airtanker is the newest, most sustainable air tanker in the world today, fully supported by De Havilland, the OEM,” Berry says. “Few large air tankers in the world can boast this level of support. “There are many Dash 8-400 aircraft in commercial operation today, offering a large supply of not only airframes for future conversion, but also inventory of parts, which means that government customers have the security of knowing their fleet won’t be grounded when it is needed most.”

The Dash 8-400 tanker can drop 15.9 litres of retardant for every litre of fuel burned, which Conair says is more than double the performance of most large air tankers deployed against a typical wildfire – for example, delivering a total of 60,000 litres of retardant to a fire 60nm [110km] from an air base.

“With today’s fuel shortages and increasing costs, the Dash 8-400 airtanker offers customers the most fuel-efficient solution to their large airtanker needs. Less fuel means lower operational costs, plus fewer emissions into our environment,” Berry says. “The Dash 8-400’s speed and time to climb offer a rapid return from base to fire and back. It can also deploy from shorter runways [1,520m/5,000ft], meaning it can be positioned closer to where wildfires occur.”

Berry suggests that, while the aircraft can drop 10,000 litres of water, gel or foam, it is most effective at building retardant containment lines ahead of a fire, working in partnership with amphibious water bombers, such as the De Havilland Canada CL-415 and Air Tractor AT-802 Fire Boss aircraft, which perform drops directly on the flames.

“Water takes away the fire’s heat while retardant slows its combustion,” he says. “Anticipating future large fires, governments can adapt their aerial firefighting air assets by strategically taking advantage of both water and retardant.”